Although I have probably blogged to this effect before . . . it all started with a call to Paul.  In all likelihood, I had been listening to Mozart’s d minor Kyrie, and I thought I’d like to compose a setting of my own;  and I wanted to write unaccompanied polyphony, so a good choir was indicated;  and I called to ask Paul if a Kyrie would be acceptable for use in the Unitarian parish whose fine choir he directs.  Not only did he give me the green light for the Kyrie, but he asked that fateful question, “Is this the first movement of a complete Mass?”

Hadn’t got as far as thinking that, but the question could not very well now be disregarded.  So I accepted the suggestion, on the understanding that I wasn’t “stopping everything” to write a Mass, but that I would take up a movement, now and then, on my Muse’s caprice.

That said, I wanted to get the Credo, and all its text, done up first – first, that is, after the Kyrie (which was sung at First Church Boston . . . in fact, I think I was in the tenor section of that performance . . . not exactly sure why we do not have a document of that event).

For the Kyrie, obviously, I would inscribe a dedication to Paul Cienniwa.  My idea then was to dedicate each movement to a choral director (most of them here in Boston) to whom I owe an especial debt for helping to foster and promote my compositional work.  The Credo bears the dedication “in memoriam Wm A. Goodwin,” who was responsible for commissioning so many occasional pieces for use at First Congo, and who essentially bankrolled the purchase (and the first subsequent upgrade) of Finale.  The Agnus Dei is dedicated to Mark T. Engelhardt who as Music Director at the Cathedral Church of St Paul on Tremont Street invited me to compose a festive Evensong, the chief of many occasions on which he directed his choir in Henningmusick.  The Sanctus is dedicated to Heinrich Christensen who has made King’s Chapel a welcome venue for twice-annual presentations of Henningmusick.  And the present Gloria is dedicated to Nana Tchikhinashvili whose choir Moderato Cantabile has repeatedly performed my Magnificat, itself no easy piece.

Of course, what I have found (which ought to have been no surprise) is that the Gloria, while less than the Credo, also has quite a passel of text.

– and another reason it ought not to have surprised me is, that when I finally had the Credo done to my satisfaction, I thought, “Let me write the Agnus Dei now:  that is just a little slip of text ....” –

Probably (and even granting my infrequent blogging of late), I’ve here detailed the various fitful starts to the Gloria, all the more reason why I am pleased to report what a well-oiled machine it is now, this week. 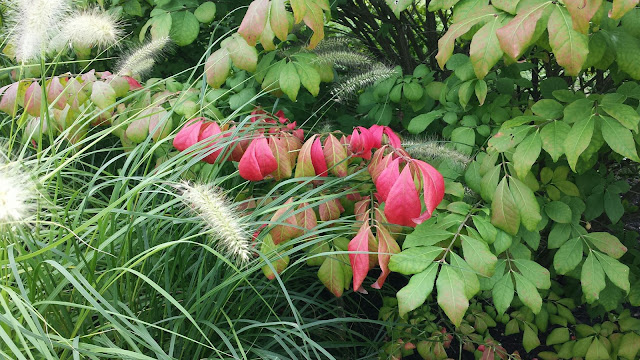