The weekend saw a good start on The Mysterious Fruit, Op.124 for mezzo-soprano and marimba (the author and singer have both seen the draught, and have both responded warmly); I continued this morning by looking over the entirety of the text for overall architecture, and even scribbling a few more notes.

The weekend saw quite a bit of tidying of old scores: a fresh Sibelius file of the Op.66 Prelude on Kremser for trumpet and organ (and an official score of the cl/org version, which is how I've played it some 10 times by now), and now reflecting the many expressive nuances I have played into the piece, which it was high time to add to the score. And the alternate version of Après-mystère with piccolo rather than C flute, which (again) is pretty much how we've always played it. So, a weekend of engraving into the scores some of the accumulated "oral tradition."

In the ongoing planning for the Christmas concert, I've secured a violinist's cooperation . . . so I am planning to write a piece for violin and the handbells. Working title is In the kindly Star's shadow.

Still hoping to get a brass quintet for that event . . . so I had better prepare the choral score of the Op.67 Sweetest Ancient Cradle Song.

I've got to prepare the bass part for the two calypso numbers for the choir.

I should formalize/expand the ad hoc arrangement we sang last year of "I Want Jesus to Walk With Me."

Next week is the first handbell choir rehearsal of the season; so I have got to have at least two pieces we are ready to read. I think one of them should be the Musette, which we can do better than at the first performance this past June, and which will go nicely on the Christmas concert.

I sent the Op.66 Prelude on Kremser to my old schoolmate Steve Falker, who says he's going to keep it.

Thinking of calling the fl/cl/vc trio (whenever I write it) See-Thru Voodoo.

And since Evelyn and I start rehearsing this Friday, yours truly had best get practicing, meself. 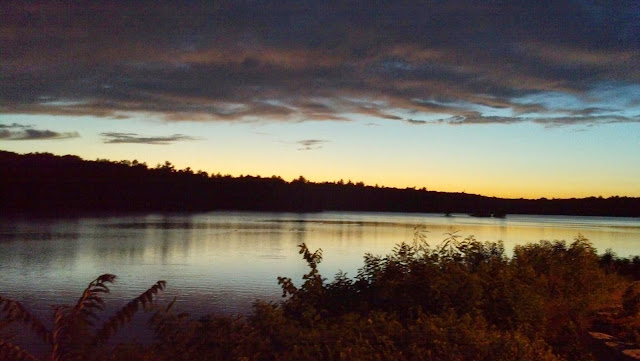