The Tweaking of Movement 2, or, Cardio Tune-up

The cows and chickens are goin’ to the dickens.

As reported, or at least alluded to here, my mind went back and forth as to whether I should make modifications, and the pendulum soon came to rest.

So, At [L] I inserted a new start to the fanfare. “Robin’s Ordination”

At m. 423, I made an insertion before the trumpet/soprano sax duo.

And from [O] changes both minor and significant for the ending.

I am now thoroughly pleased.  I know the opening gesture for movement 3, but first, let me finish the Op. 169 № 6 for Gigi. 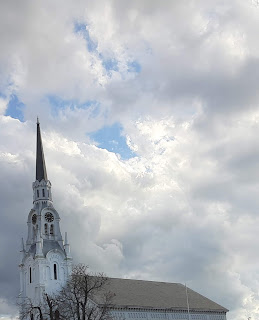 I sometimes wonder if we need fortune cookies with an expiry date on the fortune.
– Porridger’s Almanack (Breakfast of Ganglions)
You tore a big hole in the convertible top,
What will you tell your mom and pop?

Yesterday, I made it to the final double-bar of The Heart. Did I perhaps rush my way thither?

In anticipating my schedule today, which included both a trip to MGH for my first dose of the vaccine, and physical therapy (which always requires a nap afterward) I may have been too eager for the taste of accomplishment.  Nearly from the moment that I first reviewed the MIDI mp3 of the movement, I have half-wondered if the pace of the ending needs tweaking.

I’m of a mind both that I ought to fashion a dynamic insert after [N] to shake up the recap, and that the ending (while I like the passage) is too much of a “question mark” (cf. Dyagilev’s comment to Stravinsky on the closing of Petrushka) for a movement with such a robust opening theme.  I do already have ideas for a new coda (to follow, not replace, the “question mark”) a third question I pose myself is whether the fanfare at [L] may need a “clarifying” extension.

I guess I find myself in the curious situation of on the one hand, substantial contentment with the piece as is, and an engaged willingness to build upon it, subtly, selectively.

And in another curious situation of my physical therapist teaching me, a right-hander, to throw with my left hand. 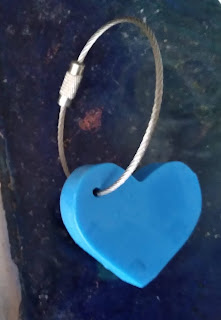 On Monday I made a start on the Op. 169 № 6, To lay aside his crown for my soul, for Gigi Mitchell-Velasco. I wrote up to a key and meter change, and having reached a kind of question mark (for the composer, not in the music) I resumed work on The Heart, yesterday. Will continue later today. 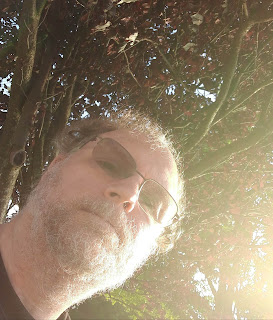 Today I finished (or, rather, quite composed in its entirety) the fifth of the Opus 169 organ solo pieces, Be thou our guide while life shall last, for Heinrich Christensen.  I am inclined to go ahead and start #6, not much minding the break from determining how to bring The Heart to a close.

The photo must be four or five years old, when serving as an auxiliary percussionist for the Arlington Philharmonic 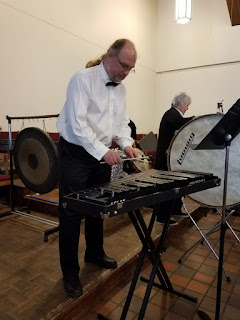 One fish
two fish
dork fish
shrew fish.
– Porridger’s Almanack (Breakfast of Ganglions)
“and what is the use of a book, thought Alice, without pictures or conversation?”
— Lewis Carroll

While I let the question of how to move on with The Heart rattle around the back of my brain, I shall write up the next of the Op. 169 pieces, this one for Heinrich Christensen at King’s Chapel: Be thou our guide while life shall last, based on Ein’ feste Burg. 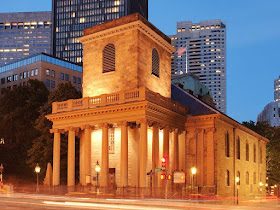 Alfred Hitchcock famously advised, “Always make the audience suffer as much as possible,” but while this may work in the Cinema, in the realm of Music, the composer may wish to reconsider that tack.
– Porridger’s Almanack (Breakfast of Ganglions)
Am I part of the cure, or am I part of the disease?

The Coldplay song (2002) predates the pandemic, yet it poses a question upon which perhaps every adult on the planet might well reflect, in our day.

I have only nudged The Heart along, these past few days, amid various non-musical demands.

7. Tom Petty & The Heartbreakers: “You’ve Got to Live Like a Refugee”

4. Joe Jackson: “It’s About the Same for Girls”

2. The Talking Heads: “Death During Peacetime”

Nigh Unto the Home Stretch

As of this evening, The Heart runs ten minutes (all right, so the timing of the mp3 is 9:59) I am ready to let it rest overnight. 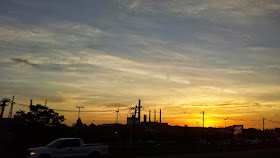 State of the Heart

My work yesterday and today has brought The Heart just to the nine-minute mark, so I can almost taste the end.  The unfolding episodes of the movement are:

Zhenya and the Icon

The movement looks to keep true to the 12-minute plan; we shall see. 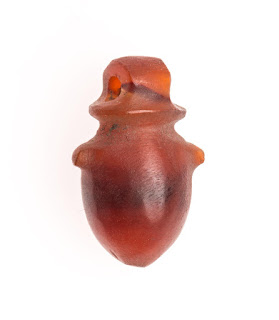 Ya Gotta Have Heart

With today’s work, the movement runs to five and three-quarters minutes. 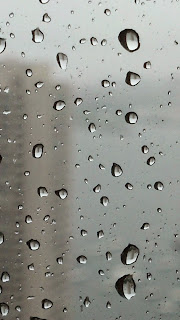 I had known New England Conservatory Wind Ensemble director Charles Peltz some years before, when we were both in Buffalo (where I did my doctoral work). After my years abroad (in Tallinn and St Petersburg) when I found myself living in the Boston area and I learnt that Charles was at NEC, I called, and we got together to talk. I brought with me the score for I Sang to the Sky, and Day Broke for orchestral winds and harp (which I had composed for Andrew Levin, director of the Clemson University orchestra.) The Boston Chapter of the American Composer’s Forum (I think it’s now the New England Chapter) together with the NEC Wind Ensemble had an annual call for scores for a reading. They would select the best pieces from among those submitted, and the composers would come to Jordan Hall, and the ensemble (who had all been given parts to look at ahead of time) would read through the pieces. Charles suggested to me that I submit the piece for that reading.

Some years later, my submission to this call was the trunk of a piece I had begun a many months earlier, five minutes of the start of a piece for six saxophones and four low brass. I wrote that opening paragraph of the piece in a New England April, when winter had at last released its grasp, and I simply reflected on how good it felt at last to be out in the sun. It was a chunk of music I liked a great deal, and which I had not meant to leave unfinished so long. But one of the reasons I don’t like writing music “for the shelf” is, I don’t have a performance to motivate me to finish it, and then, if there is demand for another piece which will be performed – I find that instantly more attractive. That was why Out in the Sun lay unfinished (and in the shade) so long: there were other pieces which wanted writing.

And so, when in 2005 (probably) I saw the latest annual call for scores co-sponsored by the American Composers Forum and NEC, I felt that perhaps this was the occasion to dust off Out in the Sun. I was not yet setting myself to finish it; I thought I would just submit that (self-contained) opening of the piece, which was in essence already composed. All that needed doing at the time was, I had to modify the scoring to suit the call: six saxophones were too many. I reacquainted myself with this old sketch, and found that I could recast some of the writing, so that I could substitute clarinets for two of the saxophones, which would bring my score into compliance with the specs of the call.

So: yet again (I am pleased to say) my piece was among those selected; and this time the piece made such an impression on Charles, that he spoke to me about a performance. The piece was unfinished as it was, but I could readily complete it. That trunk of the piece was about five minutes long, and I was planning on about a 15-minute piece.  Charles encouraged me to finish it, and then gave the complete Op.88 its première performance.  Indeed, he thought (and thinks still) so highly of the piece, that he spread the word among his conducting colleagues. 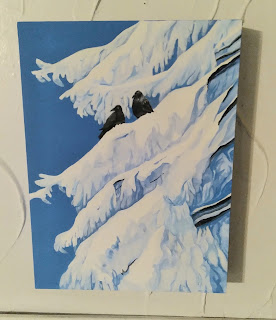 Sometimes you take the hiatus, sometimes the hiatus takes you.
– Porridger’s Almanack (Breakfast of Ganglions)
We are our own slaves, not of the British. This should be engraved on our minds. The whites cannot remain if we do not want them. If the idea is to drive them out with firearms, let every Indian consider what precious little profit Europe has found in these.

Work on The Heart was briefly interrupted by the mechanical work of re-building the score for my Op. 42, a two-part choral setting of Ps. 34 which I wrote for use at First Congo in Woburn 22 years ago. That was back when I was still using Finale ... so that by now, I had no soft copy of it. But, I needed a Sibelius file to send to Lux Nova Press, as my old friend Houston Dunleavy plans to have his choir sing it. It is a great feeling, to revisit a piece you wrote 22 years before, and to find that you still own it entirely. Houston and I were graduate composers together at the University at Buffalo (that dark, dark place) and we were participants in the generally neglected new music ensemble, The Fires of Tonawanda. In the unlikely and sonically hostile venue of The Calumet Club, Houston sang what was then a setting of Oscar Wilde’s “The Dole of the King’s Daughter” — a piece which has since morphed into the vn/cl/pf trio, Night of the Weeping Crocodiles. The impossibility of presenting that piece to a club full of people jealously reserving their attentions for their cocktails, nachos and Molson Golden ale is actually one of the more pleasant stories I could tell you about our Buffalo experience

Close to 5 minutes done on The Heart. 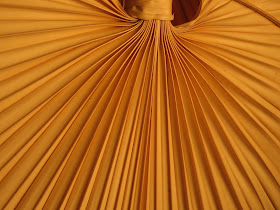