Won’t be able to do From the Pit of a Cave in the Cloud in October.  Won’t be able to finish A Heart So White for the April program, thanks in large part to a wintry indisposition.

Bumping A Heart So White to October.  Pulling up Avrohom Leichtling’s cl/fl duet to serve as part of the April program.  Writing a wind quartet, 5 or 6 minutes, Down Along the Canal to Minerva Road.  Pam Marshall has a piece for us to play.  Christopher Gordon Forbes and Mark Gresham will have duets for us.  The April concert is covered.

Great Triad rehearsal last night.  Felt good to be able to sing again, at last – first time in something like three weeks.  A good thing, as we have a concert at Curry College this Saturday. 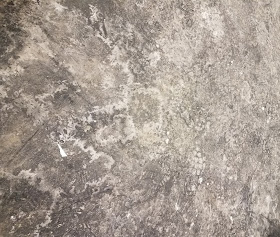 To be clear at the outset:  I don't say that Woody Allen's œuvre is uneven (maybe it is, maybe it isn't – I have not seen even half of the movies he's made) . . . only that I have had a checkered history of how quickly I appreciate the virtues of this or that film.  My "apperception curve" is a bit of a mess.  It is in fact to Allen's artistic credit that he sets out to do (often subtly) different things in different movies – witness four utterly different titles, which I appreciated warmly on first viewing:  Love and Death, Manhattan, A Midsummer Night's Sex Comedy, Crimes and Misdemeanors, & Shadows and Fog.  All right:  five titles.

One would think that, enjoying all of these as I ever have, I should know better than to approach a 'new' (i.e., to me) Woody Allen movie as if it ought to tick the same boxes as this other movie I already love.  Stardust Memories is my favorite example of a movie of which, when I first watched it (and in this case, on the big screen, back when it was first released), I did not think at all highly, but of whose greatness I later became irrevocably convinced.  The fact is, I no longer know what problem I imagined I had with Stardust Memories.

There may, simply, have been the contrarian impulse which had me wondering how everybody could think Annie Hall is such a great film.  I chalked it up to the first effort to shake off the clown outfit (not that he has not continued to be marvelously amusing) and direct a movie with a dramatic purpose;  I made some allowance for the numerous big (or soon to be big) names in various cameos – Christopher Walken, Shelly Duvall, Paul Simon, Carol Kane, Jeff Goldblum.  My chief quarrel was, I felt that the flashback montage at the end was the weakest ending since the police car in Monty Python and the Holy Grail.  (Which is also less objectionable than I once thought, thank you very much.)  But once I absorbed the fact that the opening monologue was truly the theme of the screenplay, that Alvy/Max (like any of us) needs someone to love him, but there's something in him that works destruction upon a close relationship, I saw the flashback not as a faute de mieux closing, but as Alvy's regretful (and powerless) recollection of what he had lost.  Is all that was missing, an acceptance of Alvy Singer as a character in the drama, rather than the screenwriter playing himself?

In this spirit of readiness to have scales fall from my eyes, I shall soon give Broadway Danny Rose a second viewing. 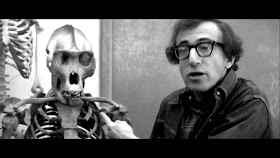 It never seems to occur to people that a man might just want to write a piece of music.
- Vaughan Williams


Quite regularly, the need for, or the non-'needy' application of, extramusical ideas upon music, without an overt textual component, and with no reliable guidance from the composer (sometimes, in ways that do not necessarily reflect discredit upon the composer, there exists disinformation) — quite regularly the topic arises for discussion among passionate music-lovers (and aren't we most).

Thinking this morning about the Leningrad Symphony, and the march interlude which "invades" the sonata-allegro design of the first movement, I consider the argument (in principle) between those who say that the feet on the march in that interlude are Russian (heroic defenders), or are German (implacable barbarian invaders). But what if it is just a march? ("just a march") Concede that, yes, obviously, the march is a reflection of the struggle of the City of Leningrad—but propose that there is no literal depiction of whose army is marching.

That it is music, not a "docusymphony."

One story about Stravinsky which I may have read in either the Eric Walter White or Roman Vlad books, but which I cannot find in a cursory search in volume II of the Stephen Walsh bio, tells of a Hollywood producer who talked to Stravinsky about a film score, and when the question of the composer's fee rose, the composer took thought for about how long it took him to write The Firebird, and quoted a figure which would have made it worth his time. Which the producer declined with a polite, "Thank you all the same, Mr Stravinsky."

For the moment, I am not interested in whether it is purely anecdotal, or whether it is anecdote but true in essence. I am instead thinking of the 1969 film True Grit (which had nothing to do with Stravinsky).

I first saw (I forget just when) the Coen Bros.' remake of True Grit, and liked it thoroughly and immediately; it is only last night that I watched the original. While it did strike me as somewhat dated (as what movie with John Wayne could not? Though he is not uniquely responsible for all the dated elements) I found it magnificently enjoyable. The score by Elmer Bernstein-without suggesting that it is ever otherwise than very good-at times struck me as "a poor man's Aaron Copland."

So I had a fantastic image of (as with the Stravinsky story, above) a producer approaching Copland, and being put off by the price tag, when in pops Elmer Bernstein saying, "I can get it for you wholesale!" 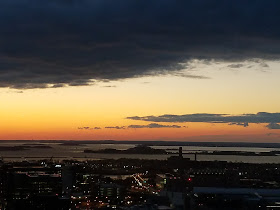