End the beguine!
– Porridger’s Almanack (Breakfast of Ganglions)
The sparrow hops along the veranda, with wet feet.

On April the 23rd, as I neglected to note here, I made a start on Till Love create a place, the Op. 169 № 7 piece for Michael Joseph. I then neglected it until Saturday.  I have finished it today.

In parakeet news, Richie likes Paul McCartney's “Uncle Albert/Admiral Halsey,” partly because the telephone ring-tone is a kind of trilling sound, partly because another sound effect is a bird.

Another piece I have neglected is the third movement of the Second Symphony. My first title for it was A Piece of My Mind, but dissatisfaction with this did not take long to emerge. I then softened this to The Noggin, removing the title from the audience’s face (as we might say) At first I thought I did not mind the neural overlap with Movement 1, The Nerves. However, when my friend and fellow clarintetist Bruce Gelin remarked on the systemic redundancy, I saw light, and knew I should change it.  Now going with what I belatedly realize was the obvious choice for a band piece, The Lungs.

First, though (and quickly) as our church choir will present anthems at last for two services in June, I must chop out an easy arrangement of “O Waly Waly.”

I am very excited that I have been commissioned to write a piece for a Jack Kerouac festival in October, on the eve (as it were) of his centenary, so I have been combing for a text, or assembling one, really. My instrumentation will be pf/fl/cl/vc & soprano. 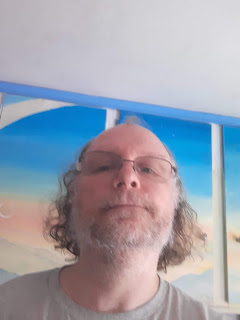