Excavations, Incarnations and Vexatious Vaccinations
– Porridger’s Almanack (Breakfast of Ganglions)
When a good day turns around, you must whip it
You will never live it down, unless you whip it.

Hot off the virtual press: Review: Danish String Quartet serves up Nordic treats along with Mozart.

I got the ear of a pianist friend today, and I have reminded him of my Visions fugitives de nouveau, Op.131.

I made a fair start today on the Op. 169 № 4, Come unto me and live, but then, there intruded the latest Sibelius licensing rannygazoo, so I have had to give the day up.  Spent more time puttering with playlists so that it is practical to listen to more of my library on Amazon Music. I have now at last unlocked Bart van Oort’s Mozart sonatas.

This week I finished my third viewing of the three seasons of the original Star Trek. It is not surprising, given that several writers were engaged to write scripts, and in spite of the oversight of Gene Roddenberry and DC Fontana, to find what may arguably be inconsistencies or contradictions.  And there may well be inc. and cont. for other reasons.  In “Requiem for Methusaleh,” Kirk falls like a ton of [insert gratuitous and quite possibly invented space locale adjective here] bricks for a “woman” whom he inevitably discovers to be an android. He begs her to go with him in spite of A. the question of just where “they” would go together, and B. the fact that she is Flint’s long-term companion, But that isn’t the contradiction that really bothers me, which is something which compares with another episode:  McCoy is sympathetic (of course) with Kirk in his inconsolable loss.

Compare this with McCoy in “All Our Yesterdays” (one of the best of Season 3, I think) Because Bones and Spock are transferred for a while to an epoch predating the Vulcans’ saving embrace of logic, it is Spock who is deeply smitten, by an exiled woman for whom escape is impossible.  Of course, I get that there is something of an edge in the friendship between Bones and Spock.  But far from expressing any sympathy, McCoy needles Spock.

So, one may be tempted to excuse this on McCoy’s part because (well) he is human.  But I think that in fact it reflects horribly on McCoy — who has twitted Spock a hundred times for being an unfeeling machine. Well, if he is such the emotionally superior Earth man, this would have been the perfect occasion for it. 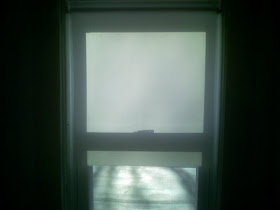