The Birth of the Blur

When the Vietnam War ended, well, the whole political landscape changed, and really in a sense the bottom dropped out of the whole raison d’être of The Firesign Theatre. People stopped listening to polirical comedy, and started putting on white suits and pointing at the ceiling and disco-ing.
— The late, great Peter Bergman

When I posted yesterday that I was half-done with Verb-Blur, I had composed the Soprano part on Tuesday and subsequently decided that the Tenor part could simply duplicate the Soprano (at the octave, of course.) Since the two parts are somewhat “out of phase” the duplication will not result in tedium. Through the rest of the afternoon and evening, I composed the Alto and Bass parts (both completely independent) and did some typographic tidying of all the parts.

Whence came Verb-Blur? While I was in rehab recovering from the stroke, my doctors, knowing that I am a musician, encouraged my to listen often to music (something I was full ready to do, to be sure) part of my listening rotation was the 6-volume box set of The Leiden Choirbooks, a treasury of 16th-c. choral polyphony. As my mind began to turn over ideas for new pieces (such as a new trio for Ensemble Aubade)  I had an idea of setting some Whitman in a way similar to the Gabrieli polychoral style (apologies for having wrenched us from Leiden to Venice.)  After my discharge from rehab, that idea slept in the back of my mind.

Another germ for this recent piece was:  the first time (since hospital) that I sang in a group, was in a choral workshop at Curry College, in which Triad collaborated. One of the exercises was a communal improv where we all simply “inhabited” d minor.  I felt both that it was an illuming study in improvisation, and that it was an effect worth trying to “compose into,” as ’twere. 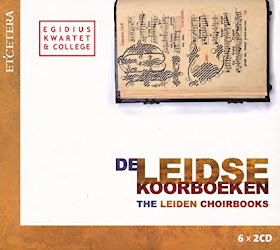