Last night I was thinking why is it a surprise to people that the Firesign albums can be played over and over again? Don’t you you play your favorite music albums over and over again? Once afain that’s an often-asked question. What makes these last? It’s because they’re more like music than they are like jokes, and part of that is the performance, you know, if you love the way Lena Horne sings a song, then you love everything she does because she has a way of doing it. There’s a particular kind of sound to that and it’s the same thing with the Firesign Theatre. You love and you react favorably to the richness of the language that’s contained in a certain melody. The music of the piece just bounces right along. Our pieces are very musical.
— David Ossman (Sagittarius)
At my weekly physical therapy sessions, Mike makes me welcome to connect my phone to his Alexa via Bluetooth.  Over the months, the music which it has been my pleasure to introduce Mike to has included Haydn string quartets, the Shostakovich and Vaughan Williams Fifth Symphonies, Prokofiev’s Romeo and Juliet and more.  Sometimes we listen to non-classical music:  One week we revisited (what neither of us had listened to for a long time) Sgt Peppers Lonely Hearts Club Band. When I arrived for my appointment today, I had decided to introduce Mike to Robert Fripp’s 1980 new wave dance quartet, The League of Gentlemen, and we listened to their performance in Philadelphia, When we were wrapping up and I went to grab my phone, I saw that the date of the performance we had listened to was 2 July 1980:  40 years ago, today.

Three things I asked Alexa this week (generally, not while I was at therapy): 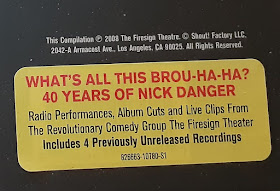