I’m going to call you “Fred,” because no one in the world is named “Omar Sharif.”
— Peter O’Toole, on the set of Lawrence of Arabia


I think I found a solution to our pizzicato conundrum in the Op. 150, so I’ll send to Ellen, to see if she agrees that the solution is as happily easy as it seems to me. 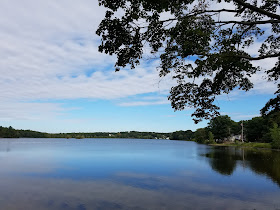 As I have noted ere now, the title Feel the Burn (Bicycling Into the Sun) which now belongs to the third piece I have composed for Ensemble Aubade, was originally pinned to a piece for the Opus 114.

The story of the Opus 114 is more or less this:

In 2013, I composed the clarinet/marimba duet, just what everyone was expecting for Dr Tim Phillips in Troy, Alabama, who was collaborating with a percussionist at the time, and I designated this duet Opus 114 № 1. A possibility for which (I admit) I was prepared:  my piece failed to win the affection of the percussionist, so the piece remained unperformed until Olivia Kieffer & I gave the première in Atlanta on 11 Nov 2014.

Earlier in 2014, I composed an easy-going flute/clarinet duet for Peter Bloom & myself, Zen on the Wing.  Quite possibly at that time, I formed the idea of the Opus 114 comprising a set of four pieces, and Zen on the Wing became Opus 114 № 2.

A set of four pieces: three duets, and a trio for all three instrumentalists (clarinet, flute, mallet percussion.

It was the fl/prc duet which was the original Feel the Burn.

Having finished (or, very nearly finished—I need to refine the pizzicato quadruple-stop tomorrow) I want a small-scale project to chop out as a respite before getting back to the ballet: so, why not the flute/vibraphone duet for the Opus 114?

I have been chipping away at it for a couple of days, and the title is Snootful of Hooch. 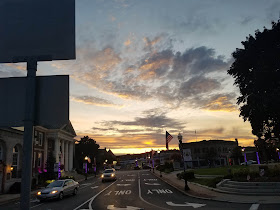 Now that A Heart So White is completed, and (what was, in many ways, far the harder task) we have a rehearsal schedule agreed upon, I have taken thought for some more music for The King's Chapel program. On one hand, I want to leave ample room for my colleague Pamela Marshall to have as much time as she may wish, on the other I don't want her to feel under any strain to compose in short order.


Yesterday I arranged the Marginalia for C flute, alto flute, violin and horn.


There is an anecdote, quite possibly apocryphal about a conductor, (English, I think) who was rehearsing an orchestra which was having difficulty with Schoenberg's tone-poem Pelleas und Melisande. In an effort to help the orchestra get a handle on the piece, he reportedly exhorted them to think of the music as "Brahms with wrong notes."


On roughly those lines, we might possibly regard my Marginalia, which is simply something of a quasi-canonic chorale, as "Ockeghem with wrong notes." It is the middle piece (a light interlude) in the suite It's all in your head, not that that's a bad place for everything to be, a suite which has yet to see a performance. 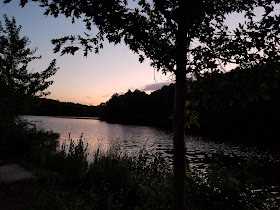 As I have noted ere now, Gentle Reader, when Peter Bloom returned to Boston from Ensemble Aubade's tour of the southeast, with exceedingly gratifying reports of the warm reception and overall success enjoyed by Oxygen Footprint, I found myself highly motivated to compose a companion piece.

The story of that piece's composition is in two overlapping parts.

Firstly, I had a musical idea I was turning over in my mind, for another, entirely different trio, of two flutes playing repeated notes at the interval of a third.

While I allowed that other trio to wander off in its own, and a new direction, I took that idea of the thirds, and decided that it would be the germ of a viola ostinato. Possibly because it was winter yet, and despite the fact that I do not ski, myself, the mental image I formed of this musical figure, was the track of a pair of skis.  And since my viola music had a kind of precision, and it seemed to be ticking the time (but mostly because the sound of the phrase appealed to me) I decided that the name of the piece would be Swiss Skis.

On these lines (as it were) I thought of the material for the flute as the skier him or herself, gliding easily along the pristine snow; and that the harp/piano is the at times irregular landscape which our imaginary skier negotiates with an airy grace.

Secondly, as to the relationship of the three parts, the musical texture:

At the time that I set to serious work on the piece, I was listening, in (as they say) heavy rotation, to a famous jazz track, and I thought I would freely adapt the texture to my own material.

Thus, the persistent viola ostinato is the rhythmic engine, and while the harp/piano is, broadly speaking, "the bass," I felt that if I wrote the part as rhythmically "straightforward" as the exemplar, I should only give the performer occasion to hurl curses upon my name; and the flute is the soloist lithely bopping and crooning in response to the musical foundation.

Whether the result is actual jazz, or (like, say Stravinsky's Ragtime) chamber music reflecting an affectionate regard for jazz, is perhaps a question whose answer might entail the splitting of some hairs in the discovery. 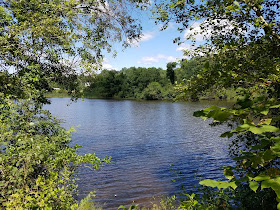 On Thursday, 1 August I finished the setting of the text. I continued with some minor tweaks upon the instrumental lines as I was preparing the vocal score, which I sent to all the ensemble on Saturday the 4th, with the note to the singers that:


One challenge not reflected in the score (though not insurmountable, I trust) is that the fixed media, which occupies something of its own sonic plane in the piece, may at times present something of a distraction (which in context, echoes the turmoil in Macbeth's soul, I think.) I believe that full rehearsals will be the key to getting you accustomed.  You will draw steadier and more reliable pitch info from the live quartet.


Later on Saturday, I sent parts out to the instrumentalists.

The play, of course, is the tragedy of a man who sets aside his honor, and indeed sheds his conscience, in order to further his ambition, strewing death all about him in the process.

It cannot be denied that Shakespeare speaks to every age. 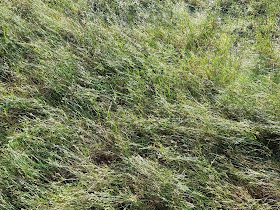