henningmusick: An aside, on Night the Second

henningmusick: An aside, on Night the Second


Three years ago today, I taped out the nested narrative of Night the Second. It was partly clarity for the Reader’s sake, partly the Composer reminding himself just where he is.

This year, the long-awaited conclusion of Night the Second is in sight; and, last night I worked on the layout of Scene 5 as part of the White Nights U.F.O. (Uniform Format Operations).  It is the last of “the Old Ten” (those numbers of the ballet which have been finished, not forever, but for the limited ever of the Op.75 timeline. And I learnt something new about Sibelius, which makes this task yet easier. In the Layout ribbon, there is an Optimise button, which I hadn't noticed before. “Optimise” here means something different than it did in Finale, where it is (was?) a matter of hiding empty staves. Here in Sibelius, it  spaces the staves vertically, as evenly as the graphic activity above and below various staves require.

Wish I’d noticed it sooner, but I've discovered it in good time for it to be of service for “the New Ten,” and certainly for future orchestral and opera scores. 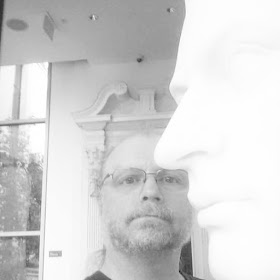