or, The “Projecting Creative Work Is an Inexact Science” Symphony Update

About yesterday’s post, which advised that the first movement was not yet done, and it would probably be a couple of days.  Earlier in the day (why, yes, that would have been about 5 AM) I composed the first draught of the ending of the movement.

That, too, is part of the composing experience:  at times, you do work, and you know that – as it stands – it is ‘bad work,’ but that the germ of the good and deserving work is right in there, and (provided you don’t just bulldoze it over) you will find and uncover the good work, and all will be gas and gaiters.

And I knew all that when I posted yesterday.

What I didn’t know was, that the good work would jump right out at me yesterday evening.  The first problem with yesterday morning’s work (which, really, was a pretty good quarter-hour’s work, for so beastly early in the day) was that, as the coda to the movement, it was too short.  (There was another problem or three, but this was the lynchpin problem.)  The coda needed 1. to feel like the ending, 2. to have enough mass of its own, that it sounds like the conclusion of the movement, and not “What was that? Oh, have we stopped?” and 3. even while it takes material from earlier in the piece, it needs to apply braking, and not feel like we’re still chuffing along.  As a result, the first movement, which I was figuring on running seven minutes and a half, actually runs almost eight minutes and a half.  And that’s fine (see: The musical result is what matters, above.)

So then, forget about waiting a couple of days.

The first movement is done.

I may wait a couple of days before starting the second movement. 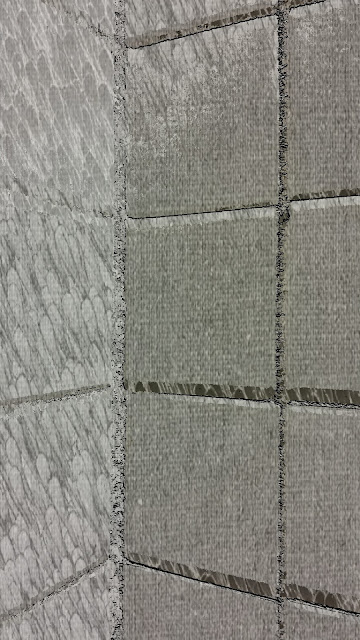