The Young Lady, Her Progress

The members of Kammerwerke first  wrote to me about a possible commission in January of 2015;  but earnest discussion of what it would musically entail did not begin until May.  I proposed a 12-minute duration for the piece;  and Kammerwerke asked of me that the piece should be written for ten musical peers (i.e., not for a solo quintet plus an ‘accompanying’ quintet), and that the piece should contain “melody.” I cast that word in cautionary quotes because two different people (even two different musicians) can mean quite different things by melody. We mutually decided that we would start by my writing a beginning to the proposed work, so that the group should have a concrete musical example; and we would discuss the matter further.


At about that time, I was walking in downtown Boston at my lunch hour, and I saw an energetic businesswoman walking up the sidewalk, talking on her cell phone. Suddenly, she seemed to have need of both hands, in order to fish something out of her bag. What to do with the phone? She popped it in her mouth, and I thought, there:  That's the name of the piece for Kammerwerke. The Young Lady Holding a Phone in Her Teeth.


Both the impression of restlessness, even impatience, and the peculiar (although, from a certain angle, practical) solution to the problem of freeing up her hands, set my musical mind working.  A vigorous rhythmic profile, to suggest the bustling activity;  wilfully independent voices, to suggest the apparent chaos of the street scene of a lunch hour in Boston’s financial district, or perhaps to suggest the contrast of the swirl of activity around the Young Lady, and the swirl of her internal demands.  Our Young Lady is a soul, and like any of us (however agreeably stimulating we find the bustle of such a scene) must have a center of calm and focus.


The piece is no linear narrative of these things;  it is rather a composition shaped by musical logic, with elements mysteriously suggested to the composer by reflection upon the experience of watching, and contemplating the sight.  And, of course, music intended to comply with Kammerwerke’s musical guidelines, which were quite reasonable, and which any capable composer might fulfill.


I began, then, with composing the first five minutes of my projected piece, and I sent that beginning to Kammerwerke in June of 2015.  While I waited for the group’s response (which would probably not come in until they had had a chance to sit down and read the piece all together), I sent the piece to Dr Jack Gallagher.  I had studied composition with Dr Gallagher at the College of Wooster (Ohio), and I keep in touch with him, periodically sending him my latest work, that he may know that his efforts to teach me something have not been fruitless.  Dr Gallagher’s response to the beginning of the piece was sufficiently positive, that I felt I should go on with writing the piece, regardless of how it might be received by Kammerwerke.


Thus by October of 2015, I had advanced the piece to the nine-and-a-half-minute mark;  so (as the final piece would be 12 minutes) substantially done.  (All this while, I might point out, I had also been at work on a number of other compositions.)  I sent the expanded score and parts to Kammerwerke, so that they should have the freshest version of the piece to review, while they were still considering the question of whether to commission the piece from me.  Again, they have had other programs to work on and to perform, and while I knew they would return to me, I understood that patience was of the essence.  There was a request to simplify the rhythmic notation of a couple of measures;  and as I considered it, I agreed that the musical result which I desired could be notated less “densely”;  and I modified those measures.


In November, word came that the group had read the Young Lady and that the reception of the piece was generally good;  there was as yet no pressing need to complete the score.


In April of the present year, word came that Kammerwerke would sit down to read the piece sometime between June and September;  with that in mind, I dedicated a week’s compositional efforts in June to completing the piece (as planned, 12 minutes and perhaps just a bit).  And soon word came from the group that they wished to go ahead and program the piece for their November concert, and that I was invited to rehearse and conduct it.


On 21 July we all together rehearsed the piece, and even managed to play through the entire score (under tempo, for the most part), and the piece made a good impression on the group. 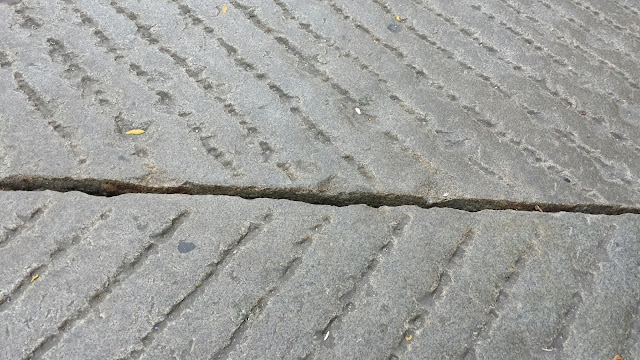