Composer's thoughts on the composition of The Young Lady Holding a Phone in Her Teeth, Op.130 (work-in-progress as of 12 Dec 2015)

The piece begins, first of all, with punctuative unisons (cl/bn, m.1), an idea {a} which soon expands to repeated notes (cl/bn, m.3ff.), itself a musical idea {a1} which expands by breaking up the unison (fl/cl, m.7).  This first section plays out as a sort of textural tension between the "uniting" notion of the {a} material, and parallel activity of ebulliently free counterpoint (cl I & hn II, in rhythmically and intervalically varied inversion) {b}.

At rehearsal mark [A], this textural tension continues, but favoring imitative expansion of the {b} idea(s), and the repeated-note {a1}.

Rehearsal mark [B] sets off a sort of "summary fugato," culminating first in a dense chord on the repeated-note idea (pickup to m.39) and a return to the punctuative B-flats (m.42).

Rehearsal mark [C] is essentially a unison tune {b1?} in octaves, traded off in relay, "accompanied" by a development of the {a} punctuation.

That yields in turn to a sort of chorale at [D] which takes the pitch word established by the piece and converts it to sustained stillness.

Rehearsal mark [E] returns us to the rhythmic activity, a development of {a} employed as an accompaniment to a playful duet in the clarinets.  This slows down to the modal arioso at [F].

Rehearsal mark [H] is a new developmental expansion of {a}.

This gives way to an inverted imitation game between the oboes at rehearsal mark [J], upon which the horns break in by leaving off their sustained background (m.198, e.g.) to suggest a complementary, broader-rhythmed counterpoint of their own (m.201ff.), and the upshot is the tender ob/hn/bn trio (with occasional clarinet disruptions) at rehearsal mark [K].

Rehearsal mark [N] is a thickened, augmented variation of the unison tune from [C], and in fact a near-literal recap of [C] gets under way shortly after [O].  There is a solo clarinet insistence on this material after [P].

Rehearsal mark [Q] is a new, ethereal chorale, which (I think) rather cleverly manages to morph into a sneaky reference to the "modal sarabande" from [F].

That is the piece so far;  I envision about two minutes remaining, and employing various subtle re-workings or re-enactments of the material already inherent to the piece. 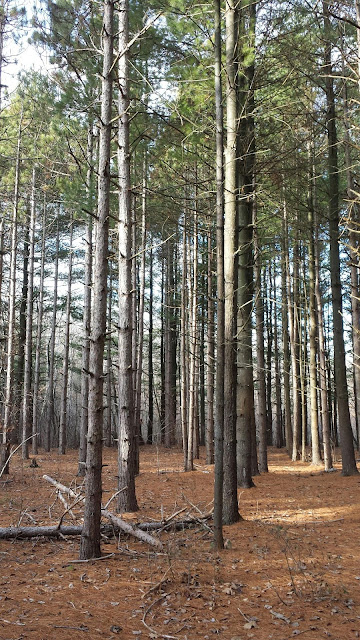