Divers thoughts and all

Just the Odd Echo of an Idea Probably Expressed Better by Someone Else Dept.

In an environment where even the ensembles dedicated to New Music(tm) consider no living composer's work worth their attention unless it conforms to the trend(s) they promote, or unless it is Socially Relevant(tm), the composer who goes back to First Things, and the idea that the artist's highest mission is to bring more Beauty of exquisite craft into the world, this composer is the real radical.

Beautiful music, by God, does not ever mean tedious music. Let's be clear there.

Attended a very interesting, and (I say with some personal caution) potentially fructiferous meeting. As much as I dislike meetings (though I see the need for [some of] them), this one was much better than most. Met an assortment of smart and affable fellow musicians. The idea is to organize a choral group, consisting of composer-conductor-singers, dedicated to work by living composers, which will in fact sing nothing older than written 25 years ago (as of the moving present) . . . not that there is anything wrong with the old music, there are just hundreds of groups to serve the already-established lit.

And one of my new colleagues has already permitted me to send a copy of the Op.123, A Song of Remembrance.

Earlier this month I re-visited El Niño, and it was ultimately a worthwhile endeavor. My opinion, my ears, but the piece still fits my "Adams model" of [some genuinely excellent work] mitigated by both [stretches of BAU (business as usual)] and [But does it seal the deal as an Overall Composition?]

So, what was good about the process was, that the long stretches, entire numbers, which (basically) soon grow uninteresting to me (and never quite recover), I endured, and found the odd number in the whole which is Adams at his best (it happens too seldom, but it does happen). A fellow composer really likes this piece, and now I could have a reasonably informed conversation with him about it.

I may not come back to this for another two or three years; and there is still the question Were even the best bits worth the tooth-pulling? Not sure that there was actual redemption. But I did discover some excellent music hidden away amid all the dross (YMMV). 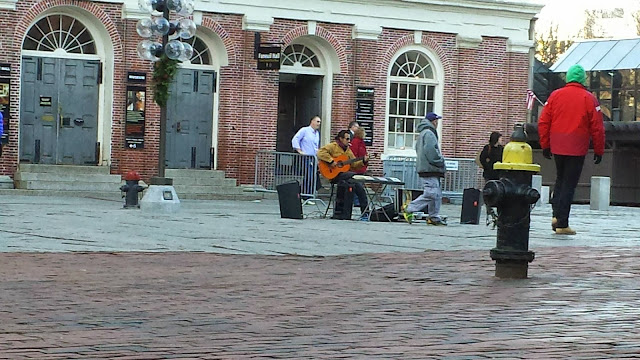