Mirage is an atmospheric study, which I originally composed as a companion piece in a recital on which Stravinsky’s L’histoire du soldat was also programmed; so there is a veiled quotation from this classic in my own score.  In various indirect ways, though, the whole piece points to L’histoire, or to Stravinsky.  At roughly the mid-point, the clarinet sounds a sort of close-of-day bugle call.  After a brief introduction, the piano quietly reveals a series of moody chords, which both reflect a firm independence from traditional harmony (a lesson I learnt in many ways from the Russian master), and also to my mind point in a rarefied way to Debussy's La cathédrale engloutie, e.g. (and of course Stravinsky began by learning from, and in certain ways surpassing, French Impressionism).

On 21 December 2013 I finished composing My Island Home;  I began sketching a piece of that title (for three or four percussionists and piano) perhaps as early as 1999, or rather, I began a sketch one day, knew I should come back to it, but probably did no further work on that particular material ever again.  I liked the title, I suppose, and just started an entirely new piece, for 10-player percussion ensemble (and no piano), and specifically for the Ensemble here at Reinhardt University, who did such a beautiful job with another piece of mine, Journey to the Dayspring.  My musical "upbringing" was in symphonic band, so I was never far from percussion.  It was my experience at the University of Virginia, though, sitting in on Professor Scott DeVeaux's African drumming seminar, which proved especially illuminating to me.  Every now and again, I write a new percussion ensemble piece, because . . . I have to. 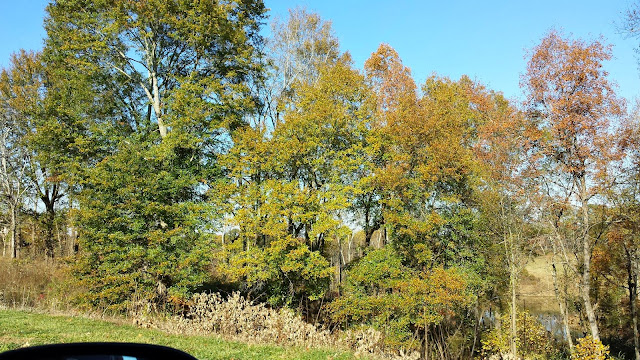