Angling after the elusive Opus 106

While composition proceeds on opp. 104 & 105 — I’ve now made rudimentary architectural decisions for the Cantata: 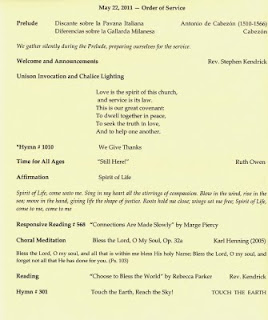 So much in the hopper

Although the blog would really have been the thing for doing so, I have not reported at all on the progress of the trio (now complete, and indeed, premièred) How to Tell (Chasing the Tail of Nothing) for alto flute, clarinet & frame drum, which Peter H. Bloom, Dan Meyers & yrs truly played at St Paul’s at 138 Tremont Street on Thursday, May the 19th. Water under the bridge, and we shall proceed. I should make an effort, though, to preview any future performances of the Opus 103 here on the blog.

Unfinished Business Item № 1 (chronological precedence) is a piece for soprano & clarinet. About a week ago, I reached for my copy of Leaves of Grass (a B&N budget edition . . . somewhere, maybe over in St Petersburg actually, I have a Norton Critical Edition), to begin leafing through to settle on a text. What should I find but a slip of paper as a bookmark, keeping place at “The mystic trumpeter” — a poem which I was planning (oh, perhaps eight years ago) to set, for soprano and clarinet . . . and for which I actually started sketches which I don’t think I’ll use and thus shan’t trouble to hunt up. The piece thus has the feel of an errant idea which has come home to lay in some work at last.

I should guess that I knew of the title of this Whitman poem first when at Wooster, must have seen it in a list of Holst’s works. (Of course, I haven’t heard a note of the piece.) I bought my Norton Critical ed. of Leaves of Grass while at UVa . . . I must have dipped into it a bit then, but I did not read it entire until I was in Tallinn. So . . . I expect that I first came upon the actual Whitman text while I was in eastern Europe. The Mystic Trumpeter will be the Opus 104.

The Opus 104 I have taken up in part as a “study” for (what will wind up as the Opus 106) the Cantata, on texts of Leo Schulte, Milton, Wm Blake, Wm Ellery Channing & Whitman, for two sopranos, recorder(s), alto flute (maybe doubling on picc) and harpsichord. (As a result of the sonic success of How to Tell, I may get giddy and see if Dan can join in on frame drum.) Which Cantata is Unfinished Business Item № 2, with both a partial setting of the Blake already in MS., and a promise to Carola to fulfill her request for a setting of the Channing text. The practical obstacle to proper resumption of work is, that I need finally to sit down with Héloïse and talk about her recorders, so that I may write properly for them.

Unfinished Business Item № 3 is so recent, that it almost doesn’t clear the bar for U. B., especially since I’ve now gotten to work on it, a Sonatina for Cello and Piano for a bright young talent in Pittsburgh, which will be Opus 105.

In short, after a sabbatical which has obviously proved to be Exactly the Right Thing, the compositional wheels are turning in earnest.

Why, I have even found what I had somehow managed to lose at some point: recordings of the Sine Nomine performance of the Passion!
Karl Henning at 12:10 No comments:

And have discovered a couple of tempi to which we will not quite aspire.

All the same, it will be great fun.
Karl Henning at 22:07 No comments:

Sonic Confections of the Minuteman Trail

The k a rl h e nn i ng Ensemble
(All pieces are premières.)

A blog post about all the blogging I haven’t — is that done?

How to Tell (Chasing the Tail of Nothing), the new trio for alto flute, clarinet and frame drum, has turned out entirely satisfactorily. May run ten minutes by the clock, but oh, what a lot of living in that ten minutes. We’ll be taking that live this coming Thursday.

The 2011 performance of the Viola Sonata seems not to have materialized (if materialized be le mot juste), but another violist (on the west coast) is rumored to have taken a shine to it. Who knows? The viola version of the Sonatina sopra « Veni, Emmanuel » has been passed on to him, as well.

Contrary to prior expectations, I’ve become an ardent Schnittke fan.

Completely within reasonable expectations, I have rediscovered my love — nay, passion — for Bach organ music.